skip to main | skip to sidebar

Jailed in the Liberty 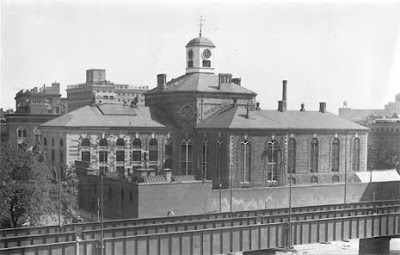 I just posted about the Liberty Hotel in Boston but left out a few details and just have to give you the scoop. Can you believe the hotel was once the Charles Street Jail built back in 1851?! It reopened in 2007 after some of the best designers and architects in the city gave it an amazing face lift. The modern hotel is glamorous but has some rough jail edginess to help you keep in mind the history of the structure. As you can see by the picture above most of the building stayed in its original form. The parts that catches my eye every time I enter are the incredibly 90 foot rotunda, cat walks and over sized windows. I often wonder if the inmates ever appreciated the details, jails were built to fit into the city instead of the big block of cement they are now. 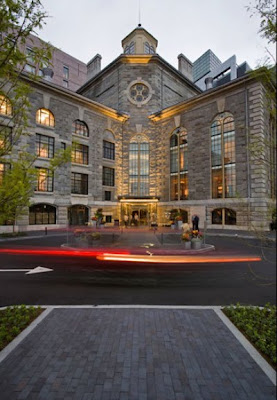 The new facade of the Liberty 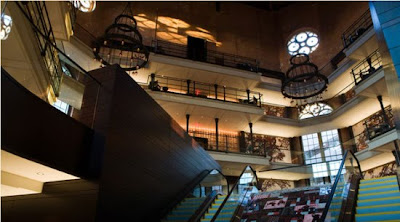 the breathtaking lobby, it is unlike any other and my favorite section of the hotel 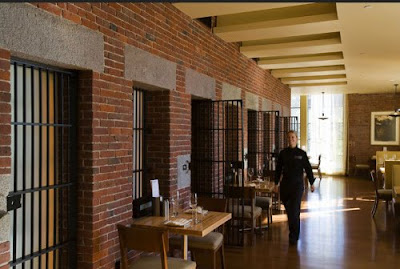 the bars to the left are from the original jail. This is "Clink" one of the restaurants! Very fun! 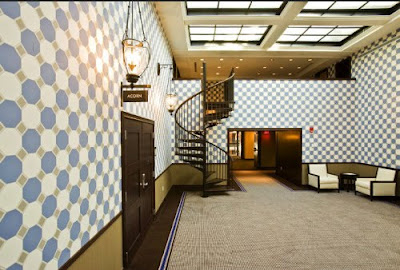 the lobby for the meeting rooms 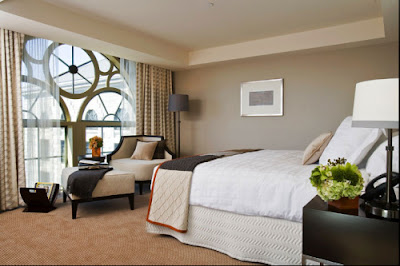 this is a dreamy room, I would sit in that chair admiring the window and the view all day! 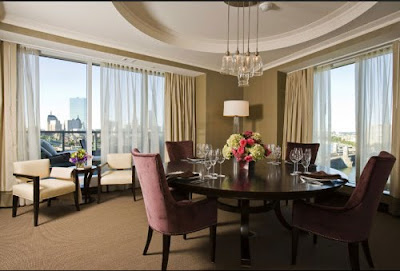 Presidential Dining Room - imagine having a few friends in for an intimate dinner? 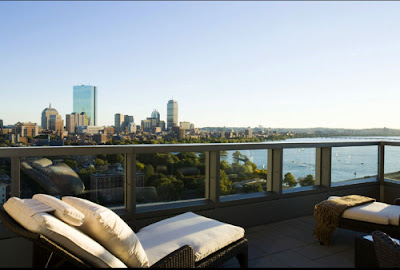 than have drinks on the roof deck of the suite. Ahhh looking out onto the best city! 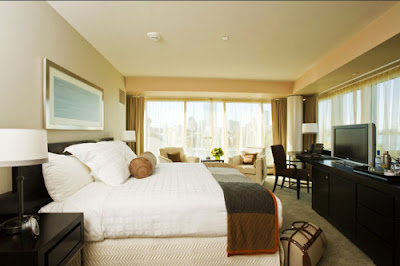 Hope you enjoyed this little tour of the Liberty. It gives you a peek into why I love Boston so much, it is always aware of the past but knows how to live in the present!
(images from the Liberty Hotel and Concierge.com)
Posted by Creategirl at 2:00 PM 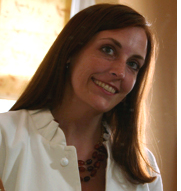 Welcome to CreateGirl, the Jace Interiors blog! Grab a cup of tea and let's meet at the kitchen table. I hope you will find this a blog of inspiration and tips to use in your home. Friends and clients are always asking me where to find certain home items at affordable easy to buy places. Here is where I will share all of those finds I have scouted for! Thanks for reading & feel free to send an email if you are in need of design help - julieann@jaceinteriors.com! Enjoy!

Jace Interiors offers affordable and approachable interior design services in the Boston area. From one room redesigns, to picking paint colors to decorating an entire house, we can work with your budget. Everyone should have a house they love!
"Your Home, Your Style, My Assistance"